I was watching the Advanced JavaScript course on Frontend Masters and Kyle brought up his concept of “OLOO” (objects-linked-to-other-object). It reminded me of a blog post by Keith Peters a few years back on Learning to live without “new” where he explains using prototypal inheritance instead of constructor functions. Both are examples pure prototypal coding.

The way we were taught to create objects in JavaScript is to create a constructor function and add methods to the function’s prototype object.

To create a sublcass, we create a new constructor function and set it’s prototype to the parent prototype. To call the parent constructor, we need to call it passing in this as the context object.

We can code this way in JavaScript! The Object.create function is similar to IO’s clone. Here’s a pure prototypal implementation in JavaScript. Other than syntax, it’s the same as the IO version.

JavaScript engines have optimizations when you use constructor functions. Testing the two different options on JSPerf shows the prototypal implementation to be up to 90 times slower than using constuctors. 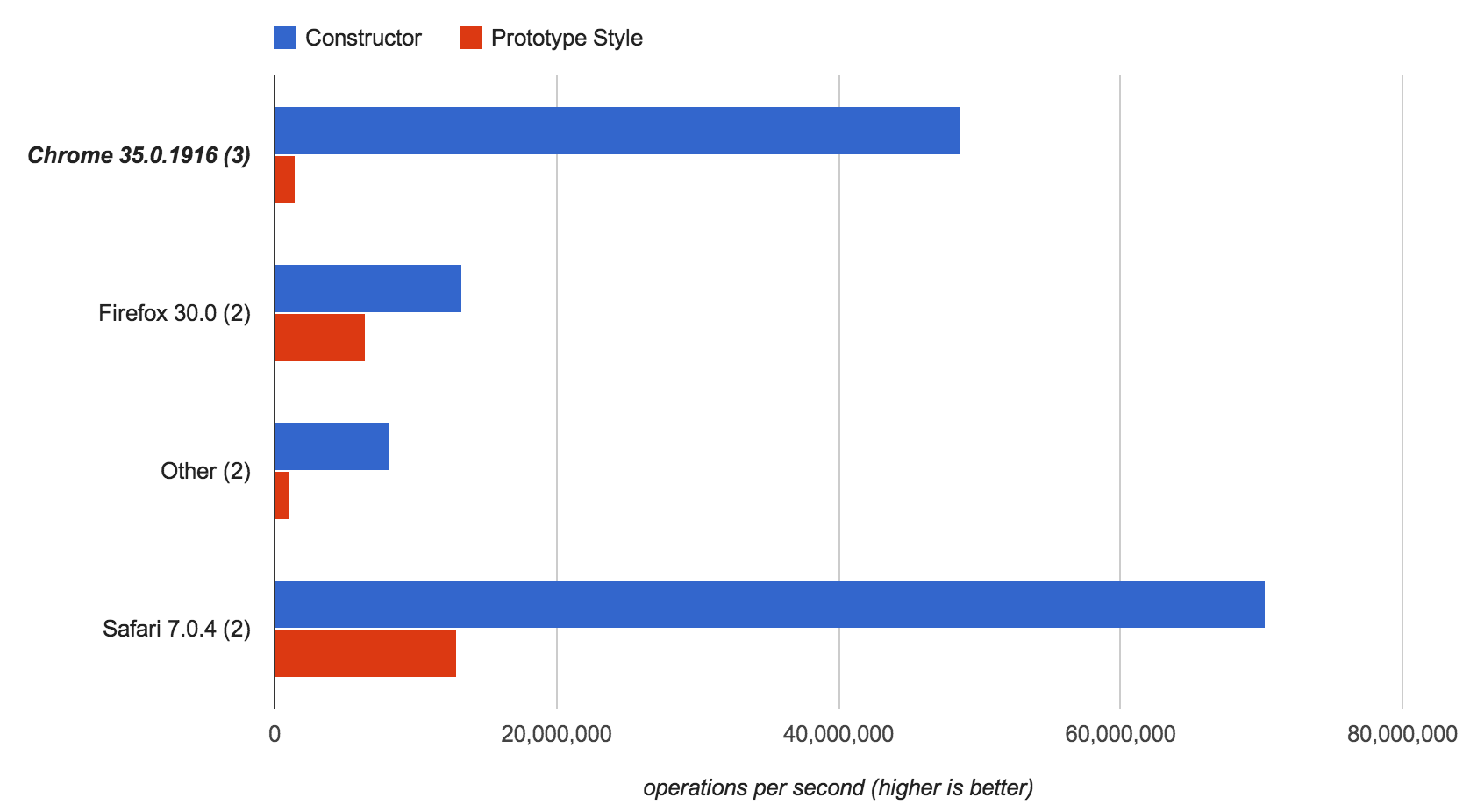 Also, if you are using frameworks such as Angular, you have to use constructor functions when you are creating controllers and services.

With ES6 we have a new class syntax. This syntax is just sugar for the standard constructor way to produce objects. It looks like we are creating classes like one would in Java or C#, but it’s still creating prototype objects under the covers. This will be confusing for people coming from class based languages as they will expect it to have the same properties as a class in their language when it’s really creating prototypes.

I am a software professional with 2 decades of experience in the software field. I've been in roles in all aspects of software development. My current position is in consulting building web sites with Grails, JavaScript and JEE. Check me out on Linkedin